The start-up Give-a-Seat has officially launched its platform allowing people to attend sporting and cultural events at a lower price, with the proceeds going to charities.

Give-a-Seat is the brainchild of Théo Corboliou and Guillaume Campeau, two HEC Montreal students who became roommates and are now business partners. After cutting their teeth in the Rémi-Marcoux entrepreneurial course, in February 2016, the two young entrepreneurs won the Mouvement social innovation contest’s $10,000 prize. The prize money allowed them to develop a preliminary version of their platform, and a new version has just been launched. The site allows event organizers and businesses to donate their unsold tickets for concerts or sporting events. The platform then resells these tickets at a reduced price and donates the difference to a charitable organization selected by the donor. By purchasing tickets on Give-a-Seat, consumers are assured that 80% of the amount paid out will go to a cause chosen by the donor, while 20% will go to Give-a-Seat. “The event organizer or organization holding the tickets is essentially making a pure donation; they don’t make any money from selling the tickets. It’s a way for them to have a social impact,” explained Guillaume Campeau, co-founder of Give-A-Seat. 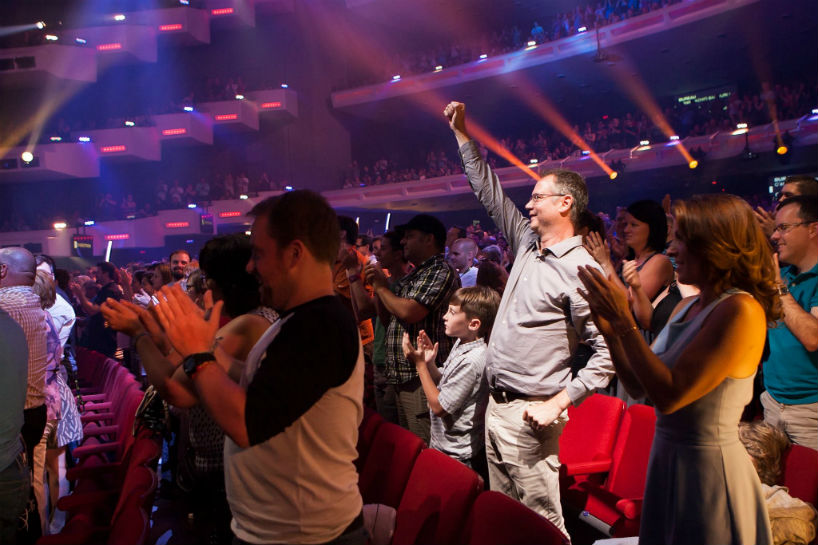 People who will purchase tickets for the Just for Laughs festival will help support La Maison du Père, an organization that works with Montreal’s homeless people

So, for instance, people who buy tickets this summer for the various shows as part of the Just for Laughs festival will help support the Maison du Père, an organization that works with homeless men in Montreal. The Piknic Électronik, on the other hand, has chosen to support Arbre-Évolution, a group dedicated to reforestation, while the Formula 1 Grand Prix du Canada has decided to support the Quebec Breast Cancer Foundation. Although the discounts may vary, the platform guarantees consumers discounts of 40% to 55% on the price of tickets. “Our target audience is relatively young: students and young professionals who would like to attend more events, but don’t necessarily have the means to go as often as they’d like. Our approach allows event organizers to attract new client segments. It’s win-win-win: the buyers get cheaper tickets, the charitable organizations get financial support, and the event organizers make a social impact.”

Give-a-Seat hopes to establish a solid reputation in Montreal initially, and then eventually expand into new markets outside Quebec.