The Binners’ Project: highlighting the work of urban waste-pickers

Last week, a blitz was held in Vancouver to collect disposable cups for and with the city’s binners.

The Binners’ Project, an organization dedicated to improving the economic conditions of urban waste-pickers (or binners), recently held its third annual Coffee Cup Revolution: for half a day, 250 binners gathered in downtown Vancouver to collect paper coffee cups in exchange for a 5-cent refund per cup. Here’s our interview with Anna Godefroy, co-founder and director of the organization.

What is the Binners’ Project all about?

The Binners’ Project is essentially a grassroots initiative. We work with waste-pickers, referred to as “binners” on the West Coast or “valoristes” in Quebec. These are people who live in poverty in urban areas, and survive by going through garbage bins. Our goal is to improve their living conditions, and raise the public’s awareness of them and the usefulness of their work.
The idea of creating a group that supports binners actually came from someone who was a binner himself: Ken Lyotier. We worked together to develop this project into something that had both social and economic benefits. 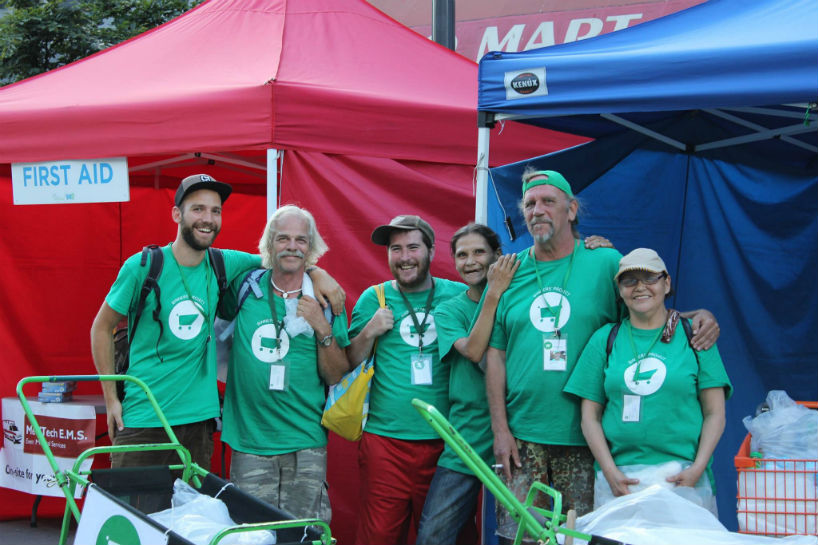 The Binners’ Project, an organization dedicated to improving the economic conditions of urban waste-pickers

How does your organization work and what services do you offer?
We operate pilot programs, such as the Binners Hook, Pick-up Services and Events Program, which connect binners with local businesses, event organizers and residents to help facilitate interactions between these different groups and provide them with a service for collecting recyclable materials. In British Columbia and Alberta, we’re mostly talking about glass and aluminum containers. Collecting these empty containers is an important way for binners to survive, and the work they do helps to reduce the amount of municipal waste. 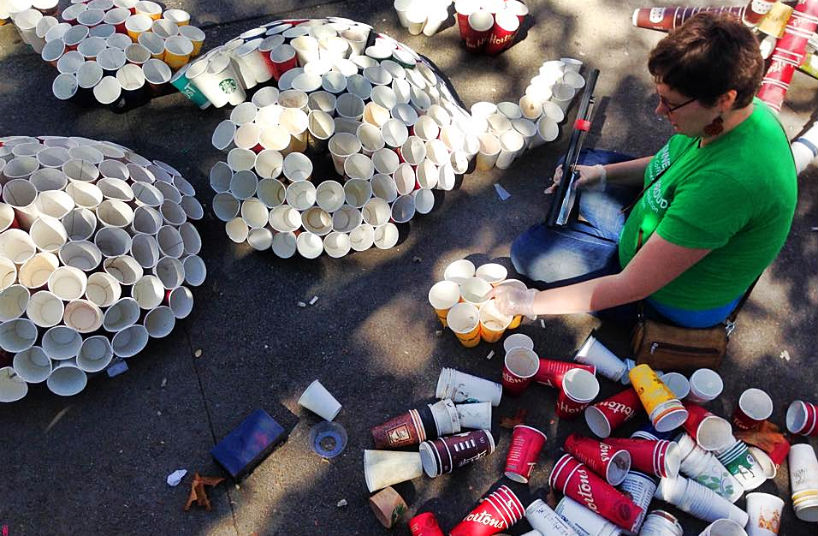 Tell me more about the Coffee Cup Revolution that took place last week.
This is an event we’ve been organizing in Vancouver for the past three years. We invite binners from around the city to collect disposable coffee cups that can be redeemed for 5 cents – as though they had a deposit. This year, we collected 48,000 paper coffee cups in 4 hours! In 2015, we collected 31,000, and 45,000 in 2014, so this is our biggest year yet. The goal of this event is to show that the deposit system in British Columbia, and other provinces, works and should be expanded to include containers. Such a system would not only guarantee less waste, since the cups would be recycled, but it would also give people from the poorest social class a means of supporting their livelihood.

What are the next steps in the development of the Binners’ Project? Are you hoping to expand to other parts of the country?

Yes, of course. Even though our organization is quite young, our initiatives have proven to be useful and necessary for people living on the streets. We want to approach organizations in other cities, including Calgary Can in Calgary and Les Valoristes in Montreal. We’re also in talks with the Regroupement des Eco-quartiers de Montréal about implementing some of our initiatives to support local binners there.