Launched a few days ago in Lac-Mégantic, Quartier Artisan is an accelerator whose goal is to support artisans across the province.

Quartier Artisan is an initiative that aims to contribute to Lac-Mégantic’s economic growth. The organization behind the initiative is the Centre Magnétique, a co-working space launched in May 2014 to help re-energize the area following the catastrophe that struck the municipality the year before. “We want to make Lac-Mégantic the capital of handmade goods in Quebec,” explained Bernard d’Arche, project co-founder. The initiative has received support from a variety of well-known personalities, including Mariouche Gagné, founder of Harricana and designer Jean-Claude Poitras. “We decided to specialize in the artisanal sector, because we want to set ourselves apart from other similar structures, but also because it’s a sector that has grown 23% in the past year. Although this area of activity was very local initially, it has gone global thanks to e-commerce platforms specializing in local products, such as Shopify, Etsy or C’est Beau in Quebec.” 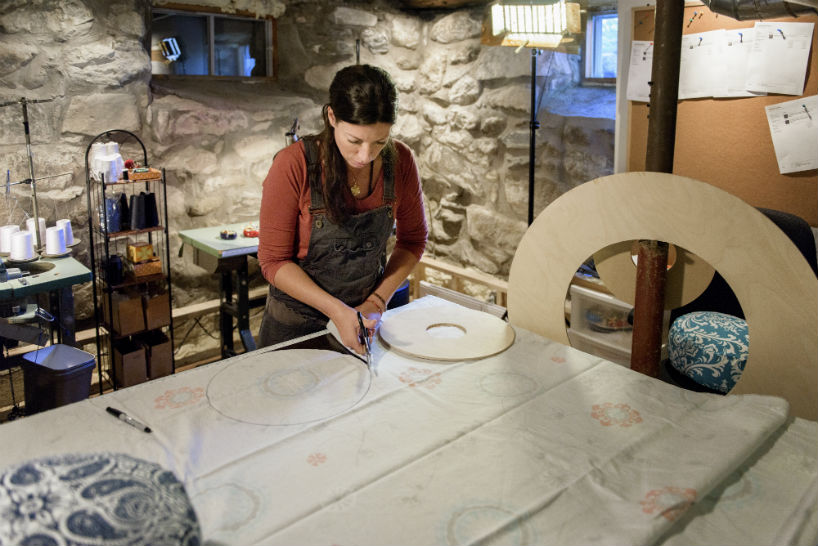 Quartier Artisan is the first accelerator for artisanal businesses in Quebec

Quartier Artisan is the first accelerator for artisanal businesses in Quebec. The inaugural cohort, consisting of 8 entrepreneurial artisans, will begin on February 1 (the call for applications is on right now until January 6). It will be spread out over 9 months with 6 sessions of 3 or 4 days each. A partnership with the Pôle entrepreneuriat d’HEC Montréal will give candidates access to 5 experts and 15 professionals who will provide mentoring in various areas such as management, marketing and e-commerce. In addition to these sessions in Mégantic, the candidates will receive 15 hours of personalized coaching in their own business. Some of the mentors include Pierre Balloffet, a branding professor at HEC Montréal, and Chloé Tétreault, online sales expert and designer with Shopify.

This program is open to all Quebec-based artisans, regardless of which municipality they live in. To be eligible, artisans must have already launched their business and carried out commercial activities. “We don’t have a specific artisan profile in mind; we decided not to prioritize any one sector of activity: applications are welcome from cabinetmakers to jewellery makers and everyone in between. We’ll select the artisans who show the most promising growth potential.”

We met Donovan Woollard, co-director of Radius, Simon Fraser University’s social entrepreneurship hub, which has a specific interest in healthcare and First Peoples entrepreneurship. How did Radius get started? In...