This start-up – Mr. Young – uses a robot to help people cope with anxiety.

Founded by three young entrepreneurs, Mr. Young built a robot – or bot – with the mission of helping users manage their anxieties of everyday life and find solutions. How does it work? All you have to do is go onto the Messenger instant messaging app and talk to the bot as if you were talking to a friend. The robot engages in conversation drawing on principles of cognitive behavioural therapy. This approach for treating anxiety is recognized as being a very effective method, and will help individuals not only recognize their symptoms, but also measure their intensity. During the conversation, the bot stores data with the goal of helping users find the best solution to their problem. For example, the bot might suggest watching an inspiring video related to their problem, reading a book on the subject, going to see a psychologist or even doing meditation or yoga. The bot is also designed to help users challenge their thoughts or actions that may be contributing to their stress and anxiety. 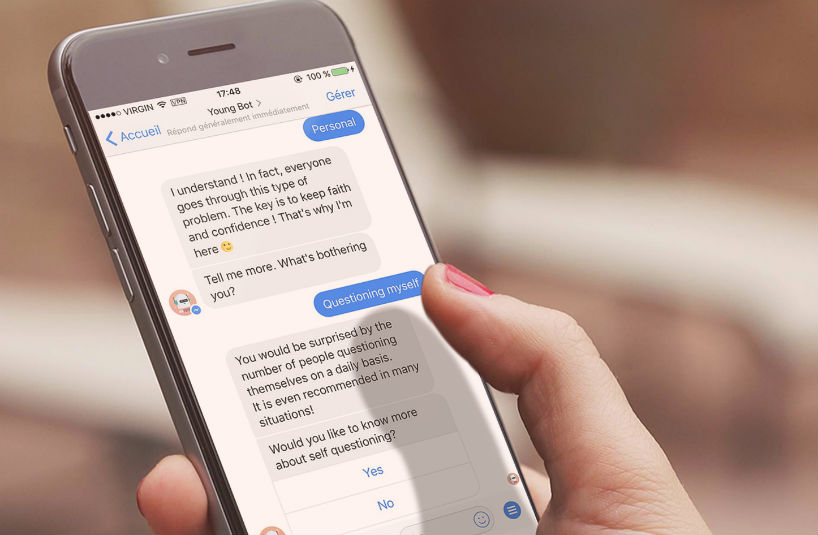 “The causes of anxiety vary at different ages, but we decided to focus on the people who are the most at risk: according to several studies, 75% of problems occur before the age of 25,” explained Arthur Degand, one of the co-founders of Mr. Young along with Édouard Ferron Mallett and Nicolas Urena. “15-30 year-olds today are more anxious than previous generations their age. We need to do everything we can to prevent them from getting paralyzed by anxiety.” 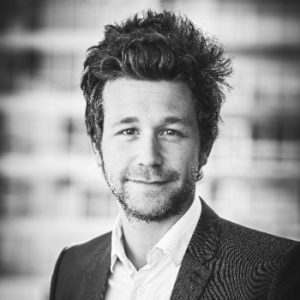 Over the course of their research, the three entrepreneurs realized two things: first, most people don’t talk about their anxiety problems much because they’re afraid of being judged. As a result, 80% of people suffering with anxiety don’t get the help they need. And second, there are a multitude of solutions out there today that can help you cope with anxiety: whether it’s a video or an article, playing sports or taking part in workshops on mental health. “There are so many solutions that people don’t know which ones to choose. Mr. Young is there to help sort through them, in the background, 24/7,” said Degand.

The three friends created a prototype that they presented at the Cooperathon, a competition showcasing projects that combine health and new technologies. Mr. Young won a prize, which included being entered for the XPRIZE contest, a major artificial intelligence competition. “We currently have a demo of Mr. Young that we’ve tested on close to 100 people over the past six months. We’re in the process of finalizing our second version, which will come out in early July, followed by a third version, which will be available in April 2018. That’s the version we’ll be presenting at Xprize,” concluded Nicolas Urena.