Yunus Social Business is an organization dedicated to helping companies resolve socio-environmental problems, particularly in the areas of healthcare, education and clean energy. The organization was created by the economist Muhammad Yunus, founder of the microcredit bank Grameen, which aims to help lift the poorest people in rural Bangladesh out of poverty, and for which Yunus won the Nobel Peace Prize in 2006. Created in 2011, the organization currently works in 27 centres located primarily in Latin America and Europe – the Montreal centre will be the first in Canada.

One of the objectives of the Montreal centre, led by Luciano Barin Cruz, associate professor in management, will be to work with Canadian companies on developing projects with a social impact. “The goal is to have large Canadian companies contribute their expertise to socially innovative projects,” explained Luciano Barin Cruz, giving as an example the association between Grameen Bank and Danone. Together, these two organizations created a low-cost fortified yogurt for Bangladesh to help fight childhood malnutrition. One of these yogurts provides 30% of a child’s daily requirements in vitamin A, zinc and iodine. 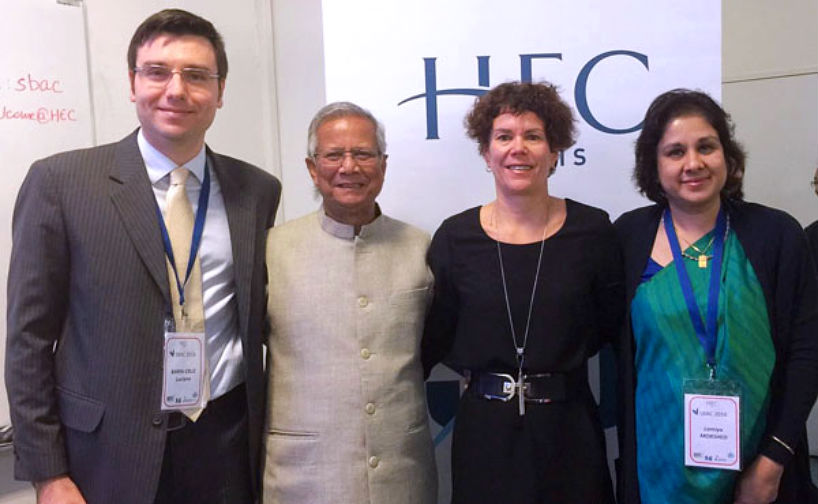 Barin Cruz also explained that the projects supported by the centre must be profitable. “The main objective is social impact, but at the same time the business sells goods and services in order to be self-supporting. In the case of fortified yogurt, its cost is very low, but people have to buy it,” stressed the professor, who believes students studying business must be made more aware of social innovation and the different types of organizations that it can inspire.

“The idea to create a Yunus Centre at HEC dates back to 2014, and it will become a reality in 2017. Its opening will also be marked by our Social Business Creation competition, which will help students develop their social business ideas,” concluded Luciano Barin Cruz.