Project SucSeed is a start-up that uses hydroponics to fight food insecurity.

Across Northern Canada, food insecurity affects 17% (Yukon) and 20% (Northwest Territories) of households – statistics that are above the Canadian average of 13%. In Nunavut, where the situation is the most dire, one in two households faces a food insecurity problem. One solution for increasing the availability of fresh produce and making it more affordable is to grow the products locally. Hydroponics – a system for growing a wide variety of fruits and vegetables without soil year-round – is one technique that is growing in interest.

Read more : Hydroponics, the new kid on the campus

In St. John’s, where food insecurity affects one in six households, the start-up Project SucSeed has developed a concept that will allow local citizens to grow their own vegetables using the hydroponics method. The start-up also developed a kit (varying between $250 and $350) that includes the hydroponic system, water pump and LED light. Project SucSeed also supplies the seeds and nutrients required to plant in the pots: a few weeks is all it takes to grow tomatoes, lettuce and other vegetables.

Read more : A food bank that grows its own lettuce and fish 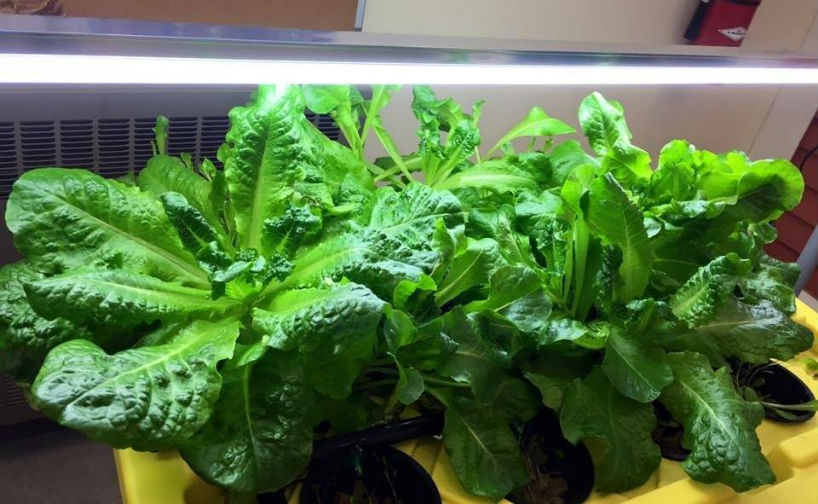 Compared to traditional growing methods, hydroponics is twice as fast and uses just one tenth of the water. According to Project SucSeed, each system can grow more than 300 kg of food per year, operating at a cost of less than $2 per week. The organization estimates that, on average, most growers recoup their investment in the first eight weeks of use.

To build the hydroponic systems, Project SucSeed partnered with Choices for Youth, a local organization that works with at-risk youth; this partnership helped create six jobs.

There are currently 500 hydroponic systems in operation, primarily in food coops, but also in retirement homes, schools and even correctional services facilities.

Over 135,000 individuals across Montreal turning to community organizations for support in meeting their food needs each month. It would be natural to think that the concept of “send anything...

Now you can have your own indoor vegetable garden

A Canadian invention, this indoor garden allows people to grow their own organic fruits and veggies at home. OGarden, a start-up launched at the end of 2016, is the innovator...

Woody Tasch thinks so: the founder of Slow Money is working hard to re-root money in place, and in people, starting with food. Inspired by the international Slow Food Movement,...